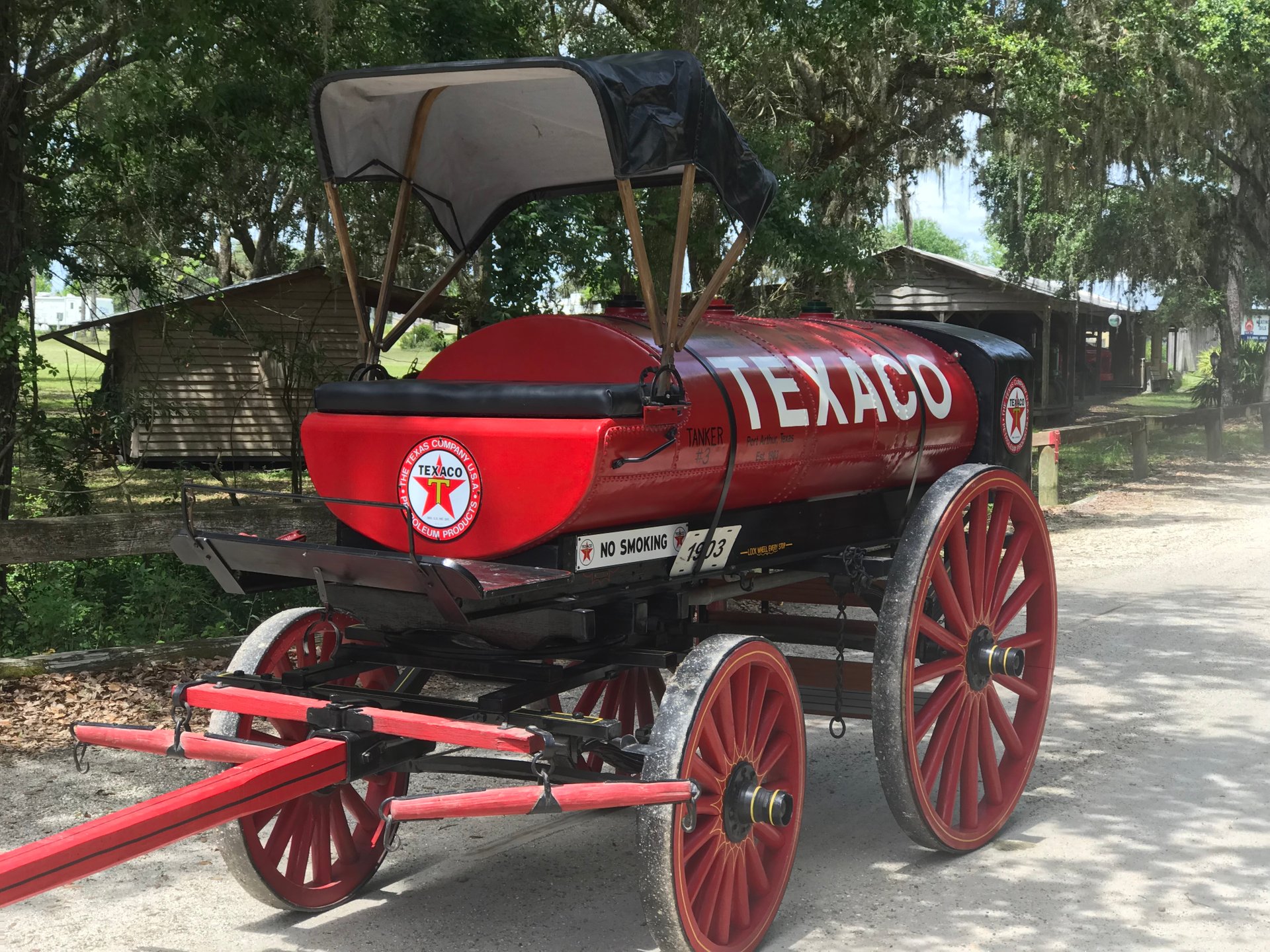 1913 White Texaco Tanker
Largely un-restored and Original White Tanker was used by Texaco and was acquired in 2004. Three Compartment Drum on the rear, & equipped with a series of smaller Gas Cans, a Wooden Case for Axle Grease and Fire Extinguisher. Black Vinyl Upholstery and 4 Cylinder Flathead Engine. 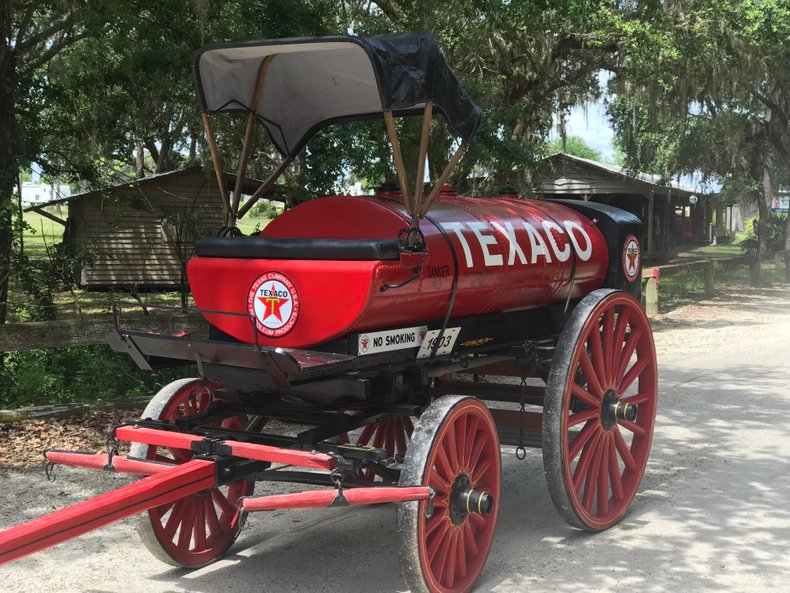