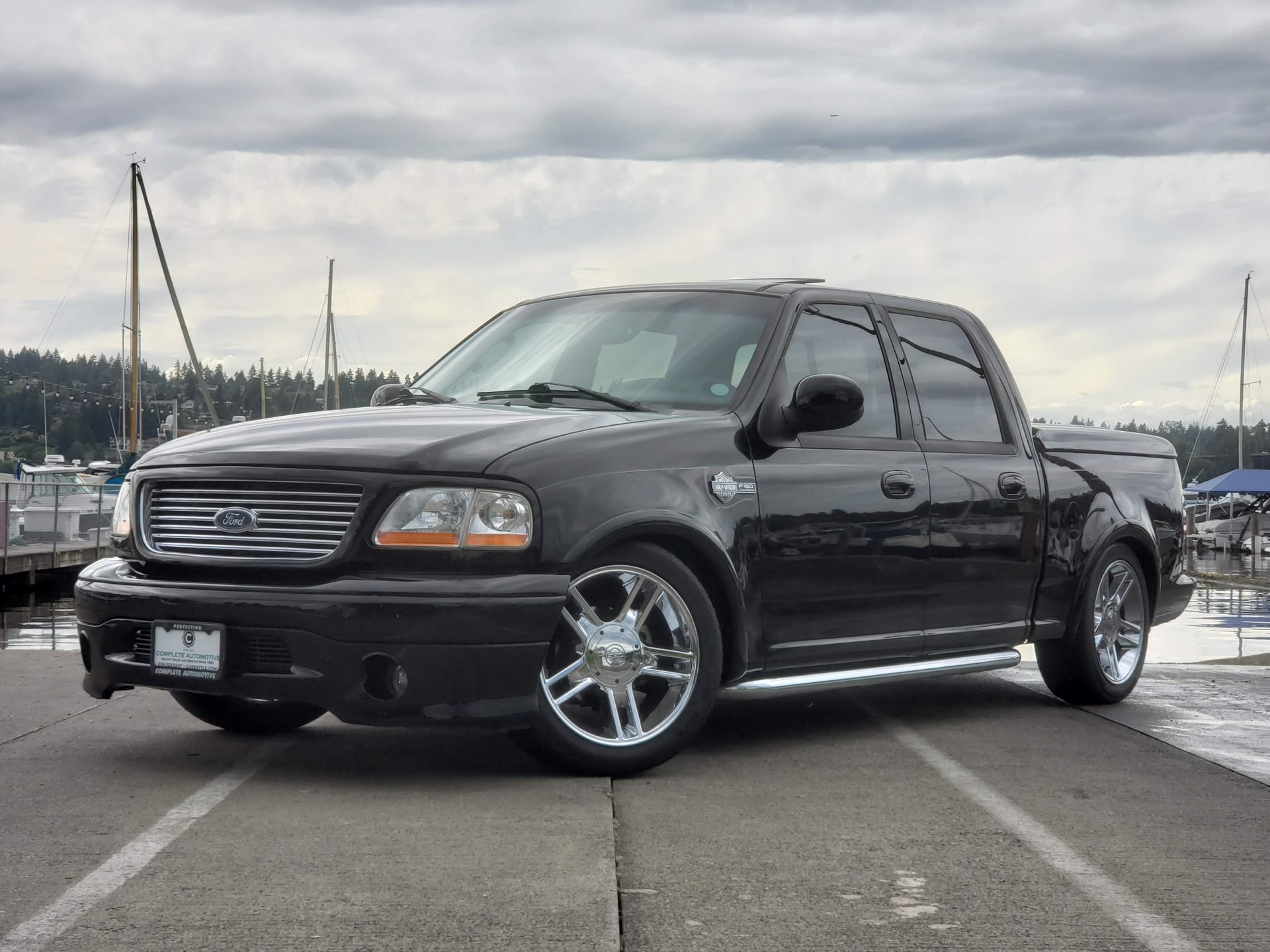 ***This Harley Davidson F-150 was driven from new by the owner of Palm Springs Ford during the spring and summer of 2002. When it was sold to the first owner on 10/30/2002 with 5,449 miles it still had the original MSO (Manufacturers Statement of Origin) and had never been titled. The first owner moved from Palm Springs, CA to Union, WA in the summer of 2003, and it has remained in Washington ever since. The second owner purchased it on 08/16/2017 with 80,000 miles. (On 08/17/2012, while parked in a grocery store parking lot, a older retired attorney, very slowly touched and rubbed against the left front bumper and fender flare extension, which caused minor scuffs to the paint. This situation escalated into a heated argument between the two drivers and the police were called. Since the police were called a accident report and insurance claim were filed, and of course subsequently reported to CarFax. The front bumper and fender flare extension were repaired at the local Ford dealership. There was never any body or structural damage, and of course the title is clean) . 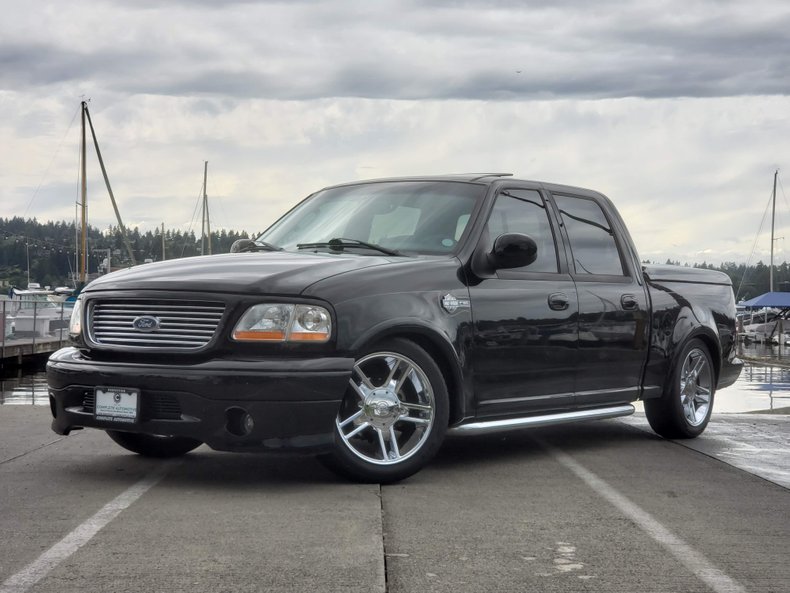